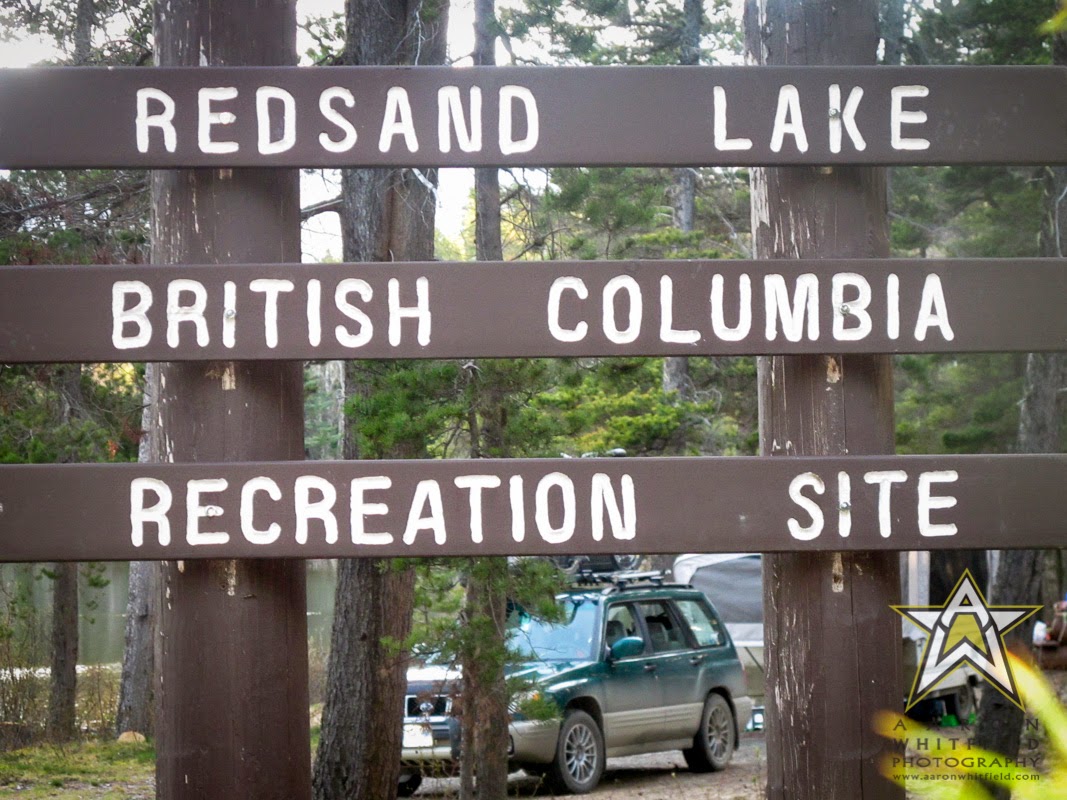 "Daddy, I want to go camping," stated my little girl, two months shy of her third birthday. With her big brown eyes wide open, a tilt of the head, and spoken in a tone cute enough to make the surliest of people melt. "Can we go camping now?" she asked, over and over again.

Being late April, and the ski season just behind us, our Starcraft tent trailer was set-up in the driveway for a spring-cleaning. Normally in Canada, camping season doesn't start until the third weekend in May, "May long," as it's known, and  usually seems to be accompanied with snow.

Surprisingly, up in northwestern British Columbia, things warmed up earlier than I would have expected and allowed me to reply, "Yes dear, lets go camping."

With my wife eight months pregnant, we knew that the early season camping would be short lived. So on May 1st, 2014, we packed up, hitched up, and headed out for our first camping trip of the year. Destination: Redsand Lake, about a 45-minute drive from Terrace, BC, in the Skeena Mountains. The drive is along the pothole filled West Kalum Lake logging road for about 26 kilometers north of highway 16. It didn't make the baby in the belly happy, but alas, we took it slow and made it in one piece. Being a weekday, we were only one of two sites occupied, in this no charge for camping recreation site. With a quick set-up of the trailer in our favorite site tucked in the trees just off the beach we let the fun begin.

Beach walks, sand castles, feet splashing in the sun warmed glacial fed water, Bocce, Yoga, relaxing in the hammock, bike rides, wood gathering, chopping, snacks, and sunshine took up the rest of the day in an incredibly beautiful part of the world.


The next day we woke up to heavy rain. After breakfast, our little girl stated, "I want to go home now." So pack up we did, and made our way home splashing through the big puddles formed in the oversized pot holes. There will be lots more fun to be had on our next adventures.

Posted by Unknown at 5:10 PM No comments: